Exploring the Depths of Buckingham Palace

Buckingham Palace is undoubtedly one of London’s – and England’s – main attractions. Thousands of visitors pay for tours around the Queen’s home every year, and millions more from around the world wonder Constitution Hill and Birdcage Walk in order to catch a glimpse of one of the world’s few surviving palaces.
Why is Buckingham Palace so popular amongst tourists? Sure, Royal events certainly bring lots of fans together, but the continued popularity of Buckingham Palace throughout the year cannot be explained by special one-offs alone. The history, opulence, and the amazing architecture of Buckingham Palace also have much to do with it.
Buckingham Palace is inherently linked to the history of not just Britain since its inception as a townhouse for the Duke of Buckingham in 1703 (although the palace’s history goes back further than this), but much of the entire world at one point – Buckingham Palace was one of the main seats of the British Empire during the 19th Century, after all!
Read this infographic for more fascinating facts on one of England’s grandest homes. 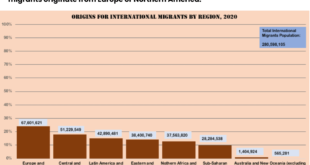