What is Tuberculosis and its Symptoms

Tuberculosis is also commonly known as TB. TB is caused by a bacterium called Mycobacterium Tuberculosis. It is a highly contagious disease, where the bacteria easily transmits through the droplets during a cough or sneeze by an infected person. According to the latest statistics, more than 1.4 million people have lost their lives to TB and it is ranked as one of the top 10 causes of mortality across the globe.

In the US alone, an estimated number of 13 million people are said to be living with latent TB. Latent TB is one of the 2 types of this disease, it doesn’t exhibit any symptoms, nor it is contagious. However, latent TB can become active anytime. Active TB is the other type where the bacteria is highly active, showing symptoms and can be spread to others.

The following infographic by DxSaver walks you through what is TB, its types, statistics, symptoms of Tuberculosis (TB), and more.

Tags Symptoms Tuberculosis What Is 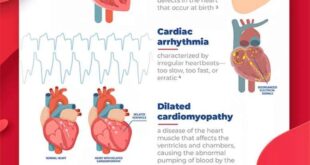