An attempt to perceive farmer suicides

Agriculture and allied sectors are one of the important source of livelihood for major share of population in India. As 60 percent of Indian households still depends on Agriculture as a Primary source of means with 70-80 percent of small and marginal farmers which clearly indicates the importance of farming sector in India.
Farmers are backbone of any country or civilization because mankind can sustain with or without technology advancements but cannot survive without food. Undeniably farmers play a primary role in food production in any country particularly a country like India with more than a Billion Population.
But a shocking fact is that on a average 12,000 farmers are committing suicides every year due to various farming problems is a heart-wrenching condition. All the reasons why farmers are committing suicide are clearly stated in the Infographic with fact and figures. Maharashtra tops in farmers’ suicides followed by Telangana and karnataka and major causes includes Indebtedness and farming problems and majority were small and medium farmers which clearly states that a lot of precautionary measures need to take for helping farmers in India. As governments are implementing a lot of scheme and action plans to reduce farmers suicides may give positive results in coming years. 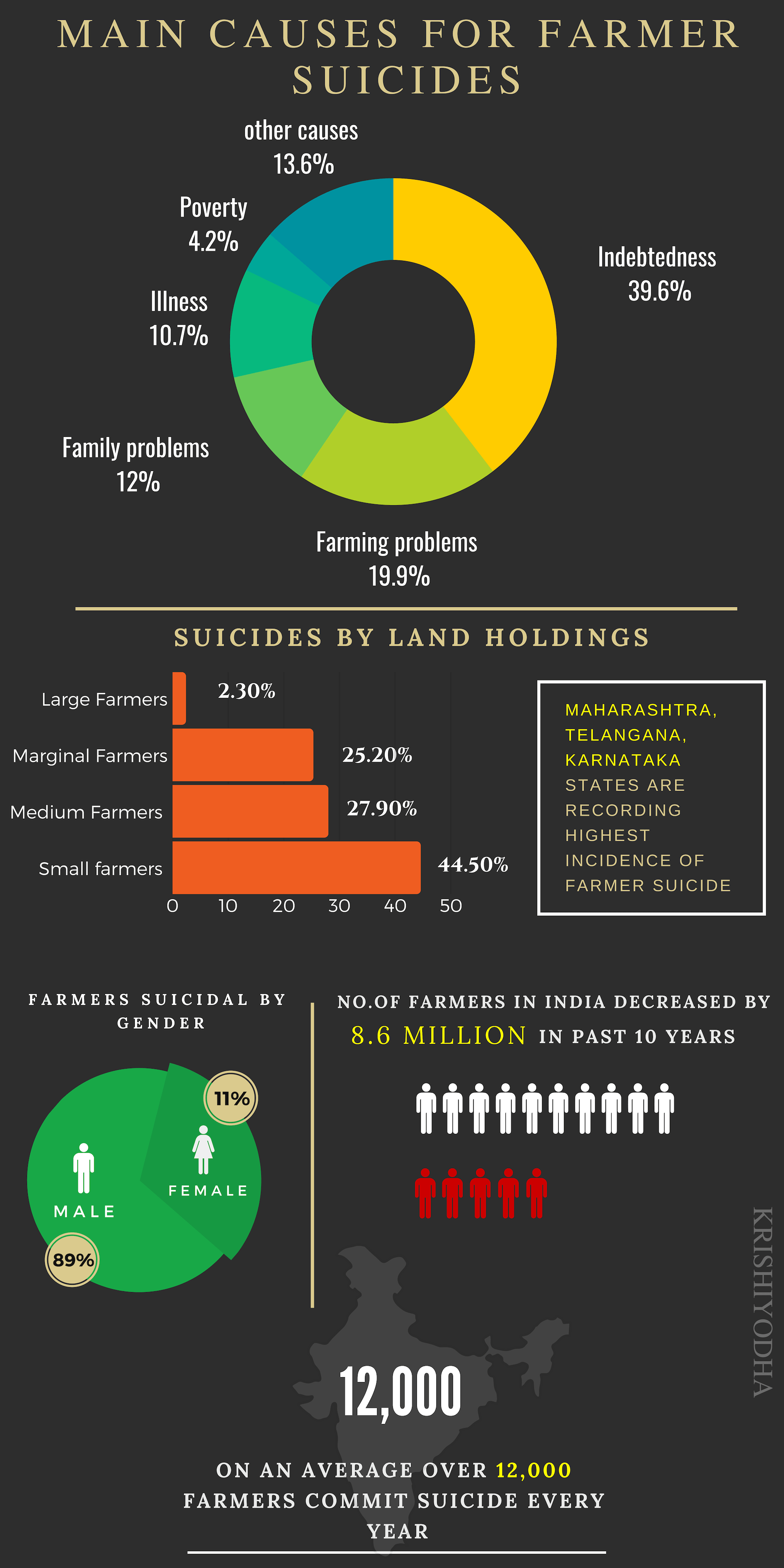