Most Common Insect-Borne Diseases in the U.S

Most insects are pretty small and yet they can pack a powerful punch. In many cases, the insect itself does not represent a threat to a human. However, the bacteria they carry on or with them often do.
Insects can be an issue at any time of the year but the summer months are usually the worst, insects are flourishing in the warmer months and it’s highly likely that you’ll spend more time outside. That means you’re more exposed to the insects and you need to take sensible precautions.
If you’re not convinced then consider this, the tiny mosquito has potentially killed or been linked to the death of 52 billion people. Of course, this is over the course of 200,000 years and assumes that the mosquito is responsible for outbreaks of yellow fever, malaria, and other potentially deadly diseases.
It’s time to take insects seriously! If you think you have an infestation at home then don’t hesitate to contact your local exterminators and get it resolved.
Let’s take a look at the most common insect-borne diseases: 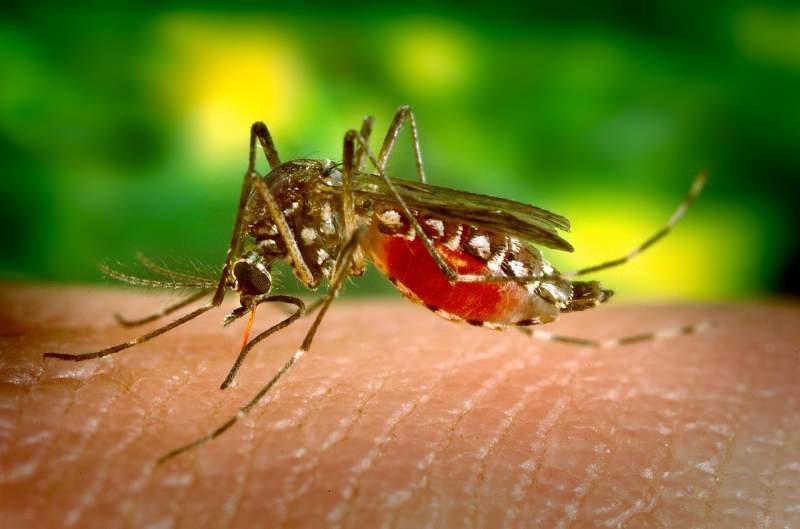 Lyme Disease
This is the most often reported disease-related to insects. It is usually contracted after a tick bite and you’ll notice that the bite area starts to look like a bullseye. You’ll then get a fever, muscle aches, headaches, joint pain, and swollen lymph nodes. It’s also likely that you’ll feel tired for most of the time.
Statistics suggest this disease is most prevalent in Pennsylvania,(up to 7,000 cases) with New Jersey and New York following closely behind.
West Nile Virus
This disease is usually a result of a mosquito bite and California appears to be the most popular area. However, it should be noted that only 400 cases have been reported here, which makes it much less likely that you’ll get West Nile Virus than it does you’ll get Lyme disease.
In most cases, you won’t actually realize you have the disease but some people will become feverish and a variety of other symptoms, including aching limbs, vomiting, and even diarrhea.
It should be noted that you are considered at a higher risk of contracting the disease if you’re over 60.
In a very small number of cases the illness can develop differently and can actually be fatal.
Rocky Mountain Spotted Fever
With roughly 500 cases reported in North Carolina, it is worth being aware of this disease. It is generally carried by ticks which means you need to be careful when walking in long grass.
While the best idea is to remain covered, it is worth noting that ticks typically take 24 hours to pass bacteria onto their host, (you). By checking your body every day you should be able to remove any tick before the bacteria becomes an issue.
However, if you’re removing a tick you lust grab it firmly at its base and make sure you remove the whole thing.
The first sign of this fever s headaches and a fever. You’ll develop a rash a few days after this which starts on your wrists and ankles. The rash is made up of small spots which may also start to bleed.
Early treatment is essential and antibiotics are usually successful at clearing it up. However, if left, you may experience hearing loss after your recovery or it may even result in the loss of the affected limb, or, if left untreated, it can even result in death.
Further symptoms include nausea, stomach and muscle pain, and a loss of appetite.
Zika Virus
You’ve probably heard of this virus as it has a serious effect on pregnant women and their unborn babies. The bacteria are passed from the mother to the baby creating serious birth defects.
This is another disease that is contracted after being bitten by an infected mosquito.
The symptoms of Zika virus include red eyes, headaches, a nasty rash on your chest, muscle pain, fever, and joint pain. It should be noted that not everyone will have all these symptoms.
The good news is that, despite the illness lasting for 2-3 weeks, it is very rare for this to lead to death. You’ll also be immune to the virus in the future.
Malaria
Malaria will make you feel very sick, you’ll develop a high fever and yet you’ll feel cold, making your body shake.
It is rare to contract malaria in the US as there are medicines available to treat it. But, you can contract it from another country. Treatment is important to contain and destroy the bacteria. If you don’t the disease is likely to return periodically over the cause of several years.
The biggest issue with this disease us that it causes infections in your body, these can be fatal if they are not treated promptly.
Final Thoughts
The first thing you’ll notice from this list is that mosquitoes are the kings and queens of disease-carrying. This means you should take every precaution available before venturing into mosquito territory.
Covering up, and using a mosquito repellant is the simplest approach, and generally effective. If you do get bitten then you should keep an eye on the wound. If it doesn’t start to heal properly it’s a good idea to seek medical assistance.
Mosquitoes are attracted to any place that offers them food, much like other pests. However, they also need a source of standing water. This gives the female mosquito the opportunity to lay her eggs and produce more mosquitoes.
If you think you have an issue you should call your local pest control service and remove all forms of standing water.
The professionals will assess the situation and ensure the infestation is eliminated, this will definitely reduce your risk of being bitten.
Preventative steps are definitely more desirable than having to deal with an outbreak of illness. Whether you’re vacationing in the states or abroad, you need to be aware of the risks that insects offer and take the appropriate safety precautions.
This will help to ensure you remain disease-free.