Evolution Of The Toilet

The toilet started out as something that was not a toilet at all. People used to squat on the street or in basins in their homes. There was no sewage system, and there was no way to keep the streets and houses clean. When the municipal water system was invented, it was designed only to provide water to homes in the area.

However, these systems soon found a need to purify water. They took on the task of cleaning that was used for waste, and the toilet became popular. 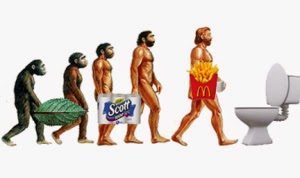 The flush toilet was actually invented just before 1596, but it did not catch on because it was so popular. Bath houses and other buildings had toilets etched in stone that used water to simply wash the waste away. The toilets did not flush, and the water was not sent anywhere where it could be purified.

This is why disease was so prevalent in the 17th and 18th Centuries. No one was purifying the water because the water from the toilets was not kept separate from all the other water in the city.

As urbanization took over the mid 19th Century, companies could mass produce these flush toilets. At the same time, cities were in investing in an infrastructure that could attach to these toilets. The earliest water purification plants and reservoirs were being built.

Toilets in those days were very large, clunky and used a great deal of water. In fact, one of the earliest systems was the Crapper’s Improved Toilet system. No you know where we get that word from.

The modernization came when homes were being built in the suburbs and design was taking over. People were investing in the design features of their homes, and people wanted their toilets to look good in their bathrooms. Also, toilets has been consolidated so that all the water and piping was housed inside the unit.

Manufacturing of toilets increased in the early part of the 20th Century, and the designed got smaller and smaller. The urinal was invented to serve men’s bathrooms in large rooms, and toilets started to use less and less water.

However, the general design of the toilet did not change. It was still an oval shaped seat that had a box behind it.

The modern styles that you would see in a place like Japan have morphed over the years so that they use as little water as possible. These toilets were designed to conserve water, but they were also designed to take up as little space as possible.

The population density of Japan is high, and they like to conserve as much space as they can. This gave way to toilets that use almost no water to flush, and this allowed for the development of toilets that do not store water on their water.

The style of modern toilet started as something that was made to keep water clean, but it has since grown into a fashion piece that you can put inside your home.

Charlie Teschner started MESA Plumbing, Heating, and Cooling in 1982. Charlie has a journeyman and master plumber’s license. He was raised with a strong work ethic and he now applies those values to tasks such as Boulder plumbing repair.