Global warming has become a popular theme to be discussed. The ever-changing climate, the melting of polar ice caps, the coastal flooding, and the rise in ocean levels – all have been attributed to global warming. It has been a reason for growing concern for climate change. Everyone seems to be concerned about the effects of runaway warming. Everyone is worried about the growing temperature due to global warming.

But surprisingly, our planet has experienced two years of temperature drop across the globe. As much as the media covered the news of growing temperature, this news has not been given much focus. This drop in temperature is one of the most significant climate changes.

The Great News has been skipped

When it comes to global warming, the media leaves no page unturned. But when the news was about universal cooling, it wasn’t brought into the limelight. A sharp drop of 0.56 degree Celsius was not considered much newsworthy by the media. Though this is one of the most significant temperature drops of the past century, it has been ignored.

The news did speak of the global warming impacts on climate change and the hurricanes that would be produced due to rapid warming. The media keeps talking about how global warming can destroy the habitats of the islands. But the press did skip the great news of the drop in the global temperature. Where temperature increase has been emphasized so much, global cooling has been completely ignored.

More and more newspaper editions are focusing on the adverse effect of global warming. The growing temperature increase has created significant concern for the entire planet. Due to human activities like burning fossil fuels and forests, excess carbon dioxide is being released into the atmosphere. In the trend of growing temperature, the situation has reversed in the past two years. The universal temperature has witnessed a drop. This reverse situation has come as a surprise for the planet. But this news has not been highlighted much by the media. Scientists are continuing to research the possible causes of this reverse situation. 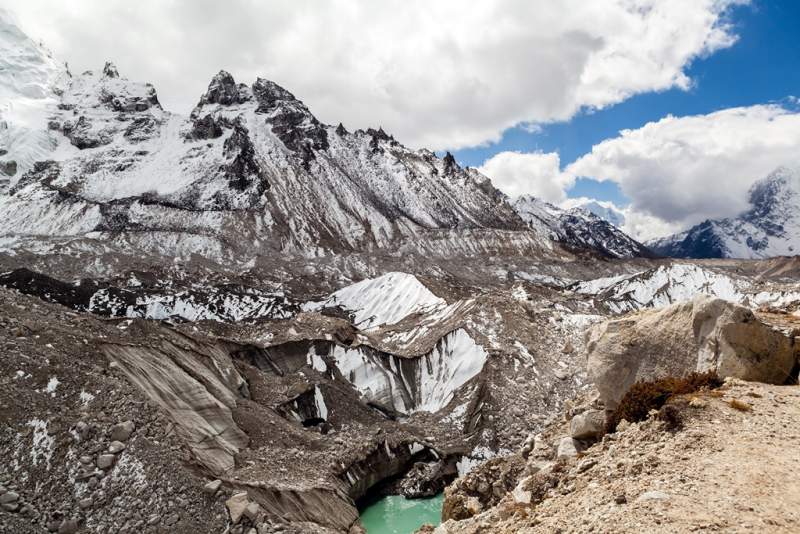 Some of the possible reasons for the temperature may be:

• The decrease in the release of carbon

Carbon dioxide has always been the prime cause of runaway warming. Its interaction with the atmosphere causes changes in molecular structure, and it gets trapped in the atmosphere. However, this leads to an increase in temperature. Fixing carbon release into the atmosphere has been a primary concern for years.

People have also responded positively towards lessening the release of carbon into the atmosphere. People have started shifting to the alternatives of carbon dioxide, resulting in less release. Although not confirmed, this can be a possible reason for the drop in the global temperature.

• Increasing use of Natural Gas

Burning of coal has been one of the primary causes of the growing global warming. Most households use coal for various domestic purposes. This burning of coal is believed to release the maximum carbon dioxide into the atmosphere.

Gradually, people realise the effects of global warming. Moreover, this has led to a shift from the traditional coal burning to the use of more natural gases. This shift in natural gas releases less amount of carbon dioxide as compared to the burning of coal.

Knowing about the benefits of using natural gas, more people are using them. Natural gas, being a cost-effective solution, is being used more and more. However, with a decrease in the amount of carbon release, there is a possibility of a drop in the global temperature. Global warming essays gave people an information about the various advantages of shifting to natural gases. This makes the shift easier.

• Closing down of many Coal Plants

Carbon dioxide is one of the greenhouse gases that have been released in large amounts by the coal plants. This carbon dioxide released into the atmosphere has led to an increase in the temperature of the planet. Moreover, to save the planet from adverse conditions, many coal plants are being shut down. This closing down of coal plants has helped in cutting down the carbon release to some extent. It can be one of the possible reasons for the drop in the universal temperature.

Temperature Drop can pose Risk to the Planet

Even though global cooling is excellent news for the planet, it can also pose a risk for the planet. In the era of rising global temperature, the sudden decrease in the temperature over the past two years can be dangerous. Fears are attached to this catastrophic change in the climate. It is not easy to accept this sudden fall in temperature when human activities that cause global warming are continuing. Ignoring such rapid cooling of the planet can be even more risky for the globe.

The media must realise the value of such news. Covering up such crucial news can put the planet at a higher risk. Media can be held responsible for not covering such important events. Media must inform people about important events and changes around the globe. Undermining the sudden and rapid temperature fall can be dangerous.

Repeatedly covering the climate change news, but ignoring this critical change in climate can bring in added risks to the planet. The media must give importance to such a story that is of global significance. Drop in comprehensive temperature demands news coverage. It needs more scientific research. The public should remain updated about the changes in the environment across the globe.