How to Avoid Dangerous Roads in Your City

No matter where you live, it’s likely that at one point or another you’ve noticed some intense traffic patterns or poorly operating intersections in your area. There are so many factors that can play a role, such as the number of commuters on the roads or the structure of the intersection as a whole.

Car accidents often take place in intersections, so it’s important to know where the problem areas are and how they affect your commute. What can you do to avoid dangerous roads or areas in your city?

Look at the hard data. Do research to find out where the majority of accidents happen in your city. Is there a particularly bad intersection that may have been poorly designed? Are there areas where the traffic builds up so heavily that you’re constantly seeing cars that have been rear-ended? Look particularly into what your route to work is like, as well as other roads you take consistently.

Depending on your location and surrounding roads, it may be possible to find another route. If your route to work or another place you drive to often is especially bad, look at what surrounding roads are like in the area. Are there back roads you might be able to take? Even if the path is a little longer than your current route, it’s worth it to avoid potential accidents or heavy traffic.

3. Enter the Area with Caution

If you find that you’re not able to take other roads to reach your destination, proceed through the dangerous area with caution. Stay alert as you enter problem intersections and make sure you’re aware of other surrounding vehicles. Cars may run red lights or they may accelerate before the light has actually turned green.

You might also reach out to authorities to demand upgrades to these areas. They may already have plans in motion to improve the structure, but it never hurts to add your voice into the mix! Motorist safety should be the first priority, and revisions to intersections should be made accordingly.

For some cities, it’s possible to find online tools that will predict the safety of a specific area. How dangerous is this intersection? What are the roads like in this part of town? As technology continues to advance, it’s possible that we’ll see much more of this in the near future, and that can help play a major role in decreasing accident rates. 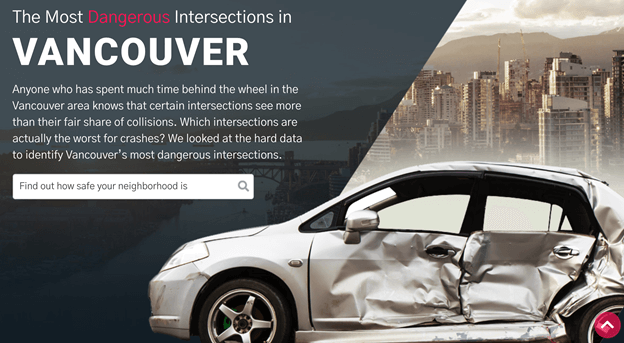