Interesting Facts about the Filipino Language

Filipino (a standardized version of the Tagalog language) is the national language of the Philippines, and one of its two official languages (the other one is English).

Under the Spanish Empire, the language that the country used for education, trade and other official purposes was Spanish. Under American rule, it became English. After the Philippines gained independence, Tagalog became its unifying language.

Of course, Tagalog has been deeply influenced both by Spanish and by English. For instance, it’s estimated that 40% of words used in casual conversation have Spanish roots, and combining English and Tagalog vocabulary is a common practice, labeled “Taglish”.

Tagalog is the native language of 28 million people within the Philippines, and it’s specific to a certain ethnic group. To encourage its widespread usage, it was soon renamed as “”The National Language“”. The name was eventually changed to “”Philippino“” and then again to “”Filipino””.

This last renaming acknowledged the Spanish and English influence on the language. But, how can changing a single letter convey that meaning? There is no F in the Filipino alphabet, so this is an obvious loan.

But English and Spanish aren’t the only languages that influenced Filipino. There are approximately 3000 loanwords from Malay in Tagalog. Partially, due to geographic proximity. Partially, because Malay was the standard language for trade in South East Asia for a long period, before colonization.

Would you like to learn more about this Austronesian language, from a reputable source?

Kickstart your journey into Filipino culture with the following infographic, by global Tagalog translation services provider Day Translations. These are ten interesting facts about the Tagalog language that you probably don’t know: 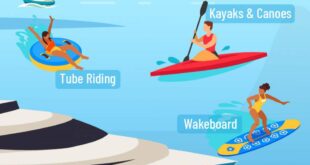