Lab-grown diamonds have recently become a rapidly growing trend in the diamond industry. They are just as they sound: diamonds that are created in a laboratory, not mined from the earth. They are also as real a diamond as their earth-mined counterparts, both chemically and visually identical, yet lab-grown diamonds are created using extreme pressure and heat from inside a machine, rather than the Earth.

It is understood that mined diamonds require twice as much energy per carat to produce, than those grown in a lab. We now know that not only are lab-grown diamonds free from the environmental and humanitarian harms of earth-mined diamonds, they are also significantly cheaper to produce.

Thus, allowing companies to produce much larger quantities for a fraction of the price. Some might say this is more than enough reason to make the switch, so we’ve broken down the very important differences that we believe make lab-grown diamonds the best choice. 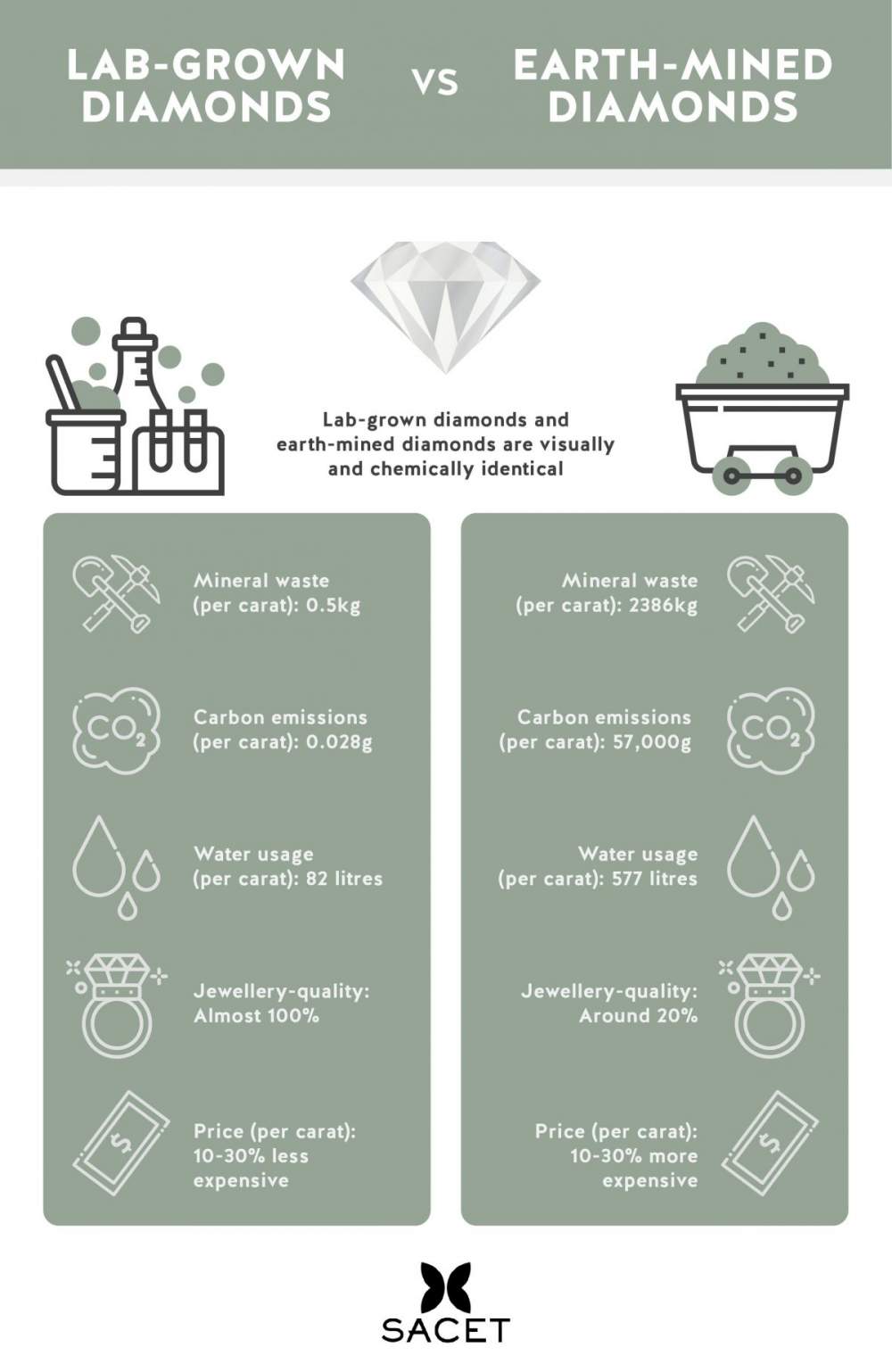