Know all about latest Google plan for Refugees

With the refugee crisis in full swing in Germany, Google is now looking to do its part to help solve the situation. Google has made an announcement to a new 5.3 million dollar grant to help Germany refugees by equipping nonprofit aid organizations with Chromebooks.  Google.org will support project “Reconnect”.
How does that exactly work?
The devices won’t be handed out to individuals but will be used in Internet cafes and four other educational events. It is not Google’s first offer to pitch in overseas. Last fall the company pledged to nonprofits, providing food and shelter to refugees in need. Regarding how the 5.3 million dollar grant works, the nonprofit will not see the money directly. Organizations can apply for up to 5 thousand Chromebooks with a total of 25000 up for grabs. The particular Chromebooks can be administered and configured by the nonprofit organization and also tailored to suit their specific needs. Chromebooks are low-cost laptops that use apps running in the cloud, meaning they require the Internet for most functions. Google hopes the first Chromebooks will be up and running in Germany by March.
NetHope Program
A program by NetHope to assist refugees by giving them access to the Internet. In Emergencies, Refugees can use the Internet at locations such as refugee’s camps. Google.org Google’s Philanthropic Organization teamed up with a group named NetHope to provide access to the Internet. It is working with the UN Refugees Agency to send emergency cash transfers to individuals in Jordan and Lebanon; according to the latest tech news. 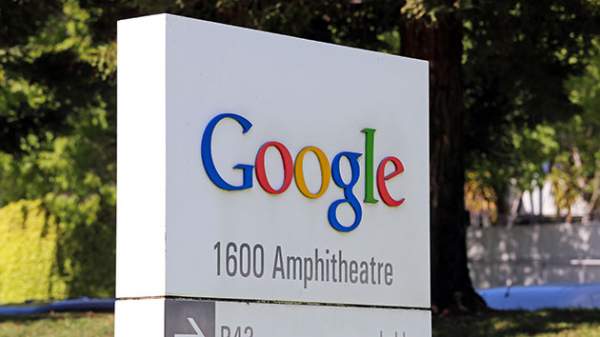 Search engine help on the way
Google is also using its search engine to collect donations from massive of its users. They are using ads and banner showing its users the conditions and situations that refugees are facing. Google is telling refugees stories and asking people to come forward to and accept them with an open heart. Google believed that it was more important for refugees to learn a foreign language. Because language is the only tool that can help them to educate themselves and let them communicate with locals. Google translate can only be improved if people around the world participate as volunteers to help it make better. So if you are good at translating German into Arabic, then you should take part and help these people to face this crisis. It is the translation community page. All you need is an active Gmail account to access Google translator.
CRISIS INFO HUB
Google also announced a new open source project called CRISIS INFO HUB that helps refugee’s access vital information. Such as lodging and transportation on their path to safer countries. Millions of people have been fleeing countries across the Middle East and Africa in the past year. Germany has been most welcoming host country with more than one million migrants registered in 2015 alone. Crisis Hub Info is a site created by Google for refugees and migrants where they can go to their phones to get information about transportation, shelter, and services when they arrive in a new country or place. This initiative by Google is done to relieve the refugees and migrants.
Google’s visual translation tool
Another great job was done by Google for refugees. Google added Arabic to its visual translation tool. By using this app, one can easily translate German or English text or street signs, etc. by pointing their phone’s camera to it. The app is amazing. Performance wise it is best in the app market. It work instantly and can be used in three different modes. From text to text, speech to text and image to text. It is already helping thousands of refugees. For many refugees, it is the only solution to communicate in foreign countries. Google recently make its Google map application work in off-line mode. It helps refugees because in the case of no Internet they used this off-line mode of Google map.
Lightweight web app
Recently Google even put a Donate button top of the search page. To make the donation procedure easy and less time consuming. Because people are willing to help them, but they hesitate for two reasons. The first reason is that the donation is a time-consuming procedure and the second reason is the lack of trust over the Internet. It is where Google comes in. Everyone trust Google. Google has also built a lightweight web application that takes less Data. It has complete information on refugee’s registration. Refugees can take all the information they need such as medical facilities center, emergency phone number, and black and white map and so on. To make it a very lightweight site, the site only have texts and buttons on it no fancy CSS styles. Transportation details can also be found on this site.
Conclusion
Google is doing the full effort to help these people. Providing free Internet to access information. Making an environment where they can feel back home. However it should not only be just Google, but we all also have to put our part. Help these people and show them that they are not alone in this crisis, we are with them holding their hands to face all the troubles that lie ahead. Everyone needs to know that this is not just their problem, but an issue that the entire world should deal with. Google did an excellent job and still continues to even more.
References
https://www.glozine.com/technology/is-google-biting-more-than-it-can-chew.html
https://www.fusecrunch.com/best-concepts-on-new-devices-bought-by-google.html

About the Author: Katleen Brown, a content writer. She loves to publish her articles on various technical related websites. In her spare time, she likes to do research and writing articles to bring awareness on new trends in technology and gadgets. She is working as Communication Practitioner and Technocrat Expert Writer. Advocating all types of technical professionals. Connect with him on G+, Pinterest, and Twitter.