A large number of people, numbering to about 2.3 billion, around the world are still not connected to an electrical grid or have any reliable electricity. Around half of those unconnected to the grid collectively spend about $27 billion yearly to charge mobile phones and buy kerosene, candles, flashlights, and other fossil fuel energy sources for lighting.
The fossil fuel most commonly used for lighting is kerosene. However, it is incredibly inefficient since the light it produces consistently flickers. It is also expensive.
Kerosene also has environmental drawbacks since it is a fossil fuel. People using kerosene for lighting expose themselves to harmful fumes and risk developing health problems. Breathing in the fumes is equivalent to smoking two packs of cigarettes a day that can ultimately result in contracting tuberculosis, asthma, or lung cancer.
Using kerosene can also result in fires and burns. 13 percent of accidental fires result in fatalities, making kerosene dangerous for households.
Most people understand the importance of having electricity, but not all think about how it is related to reducing poverty, education, health, employment, and others.
Having energy, however, allows people to work easier and safer when not having them, resulting in increased incomes due to increased productive hours. Having a reliable energy source also will enable people to become literate by allowing them to study. The literacy rate in a community can increase by 74% thanks to reliable energy.
To know more about the connection of having energy and reducing poverty, see this infographic 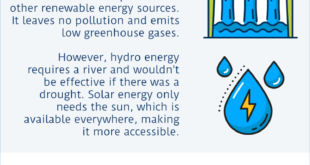