Just like industries such as fashion, music and interior design, technology continues to be influenced by fluctuations and trend cycles. Today, the popularity of decades-old technology like old games consoles, computers, and music formats has increased, making them all the rage.

Off the back of their renaissance, top 40 charts for the sales of vinyl records and cassettes have been reinstated, and games consoles like the Nintendo 64 are highly sought after online. But how many of us are on board with retro tech revolution, and why do people get so excited by technology that’s outdated?

To find out, pay-as-you-go energy providers Boost surveyed 2,000 people to find out if they had been bitten by the retro tech bug. Not only did they discover that over seven-in-ten (71%) of us own some sort of old technology, but the found that trend shows little sign of slowing up.

Younger generations are most likely to purchase this type of tech in the next 12 months, with over half (55%) of those aged 18-23 saying they’d buy some, citing that old technology is simply cooler than the new stuff. 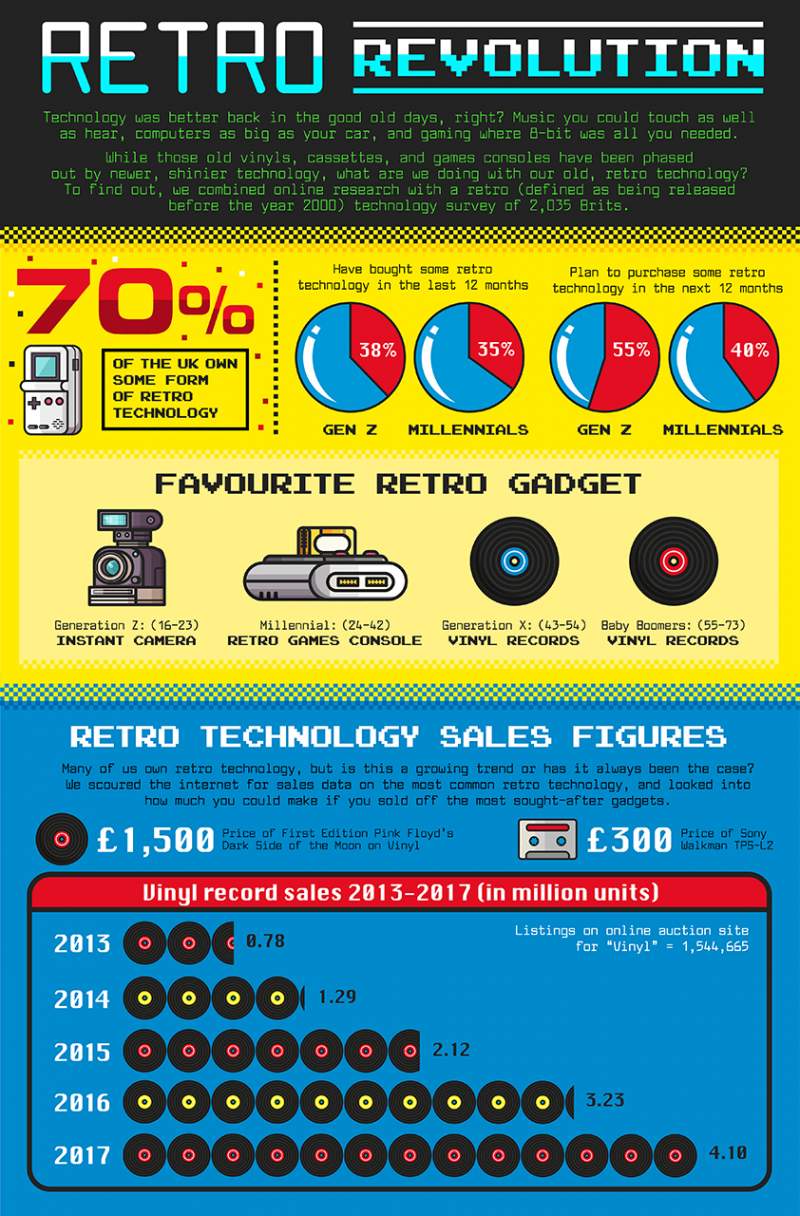 How much does the average person use their mobile phone in one day? What about …