Rhode Island: Making Their Roads Safer One Law at a Time

We all know that Rhode Island is the smallest state in the U.S. (not counting D.C.), but you may not know much more. While it’s a quaint coastal state nestled on the East Coast, it has also made huge strides in reducing roadway fatalities and car accidents.

Between 2010 and 2015, there was a significant decrease (30 percent) in fatal accidents throughout Rhode Island; that’s a big deal regardless of the size of the state. Check out what has lead to their success.

Drinking and driving is a major contributor to fatal car accidents, and it is also one of the most preventable. While the penalties for drunk driving varies from state to state, it doesn’t stop drunk drivers from driving under the influence again. According to the American Journal of Public Health, 50 to 75 percent of convicted drunk drivers continue to drive on a suspended license.

No More Texting and Driving

Distracted driving continues to be a huge problem on roadways across our country and our cell phone use is to blame. Although texting and driving is slowly becoming banned in every state, many states still allow handheld devices for talking.

Rhode Island has implemented a ban on handheld cellphones for new drivers and school bus drivers but has yet to extend the ban to every motorist. Given the overwhelmingly positive support for the ban from state legislators, it’s only a matter of time before it will take effect.

Seat belt use has been strongly encouraged and enforced for years, but surprisingly to some, it is not a primary law in every state. Rhode Island has bumped its seat belt law up to primary status so that you can be pulled over and ticketed for not wearing a seat belt (other laws require other traffic violations must have occurred).

It’s proven that seat belts save lives and Rhode Island wants all of its motorists to arrive at their destination alive.

If a car is detected going the wrong direction (i.e., on a ramp), the motorist will be alerted by a sign. If he or she ignores it, a picture will be taken and sent to the police.

Whether you live in a small town or a big city, the roads you travel on are probably in need of a little repair. In efforts to improve its road quality ranking and keep motorists safer, the 10-year RhodeWorks plan was signed into law.

This means that billions of dollars have been reserved strictly for fixing and improving roads and bridges.
Similarly, the dangerous intersections throughout Rhode Island are being examined and replaced with a safer roundabout design.

Making changes to the roads, as well as improving laws, will continue to decrease fatalities over time. 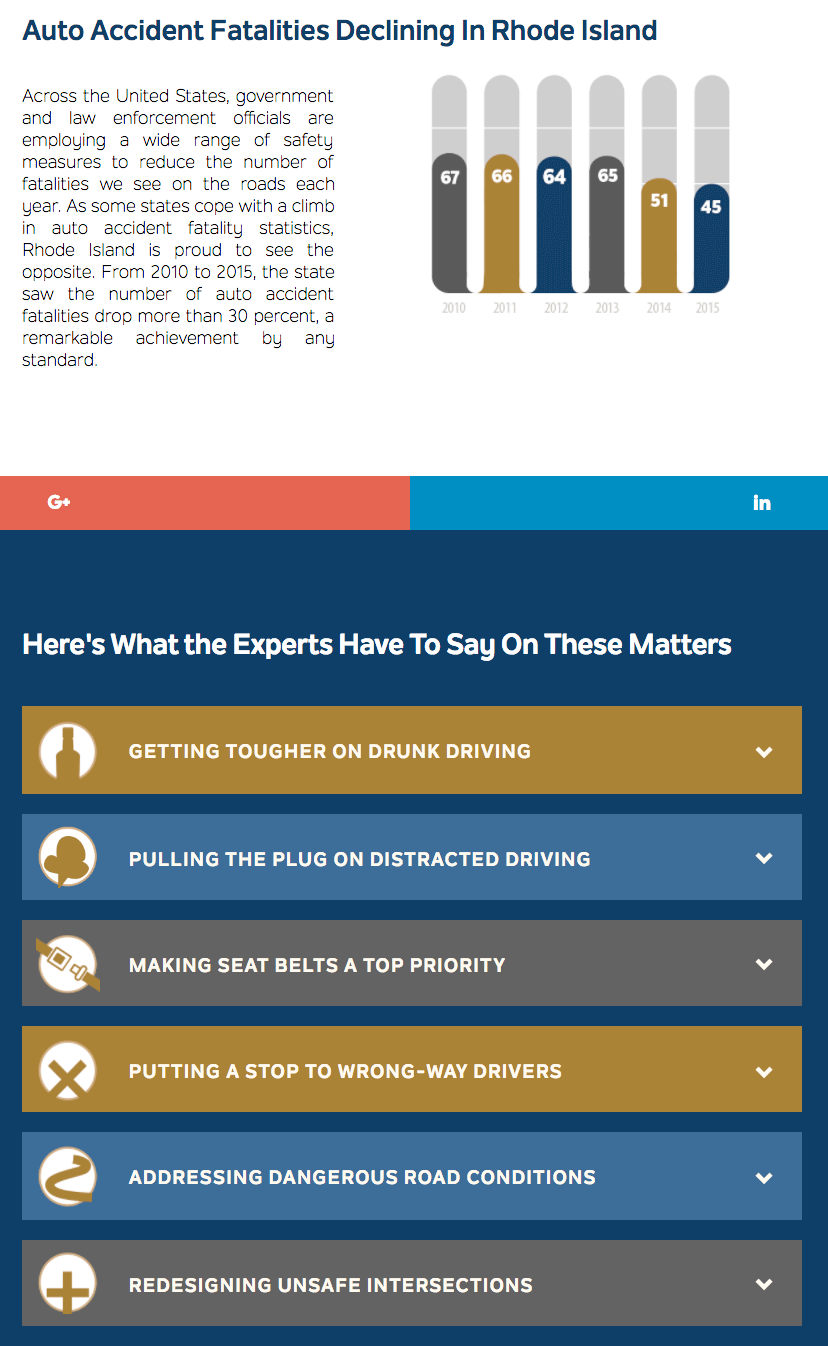