The Science of HGH

The increasing popularity of HGH or Human Growth Hormone in recent years prompt a lot of debate over its safety and efficiency, even among scientists and medical practitioners. Some believe that it is a fountain of youth – a magical substance that can stop, even reverse aging. It can burn fat, grow muscles, and even pull sagging skin and wrinkles, and so on – without any noticeable side effect. The opposite side exists too, in which they believe that HGH’s side effects outweigh its benefits. However, one thing that neither side can deny is that HGH does have effects on physical body.
The long debates over the safety and efficiency in HGH can only end after a definite scientific proof. A lot of research have been conducted, although result so far is still not conclusive. Some research shows that HGH is indeed effective and safe, while some others shows it is not. This is probably because most of the research conducted only observes the effect of HGH in short period, with limited test subject.
In this article, I will compile research about HGH – both the supporting and opposing one. This will give you scientific information to decide whether to trust HGH or turns to other alternatives. But before you scroll down, you may want to familiarize yourself first with the basic of HGH or, if you already know beforehand, refresh your memory about it. Find the comprehensive info on the topic here.

Research about HGH started as early as in the 1980s. However, for relevance purpose, we’ll look at the research that were completed after 1990. In the research with more than 400 subjects, half of them received HGH injection while the other half did not. The profile of the subjects were that two-thirds of them were men with average age of 69.
The first group, who got HGH injection from two to 52 weeks, showed increase in their IGF-1 (Insulin-like Growth Factor) by 88%. IGF-1 is responsible in growing muscles and repairing cells. As result, the group gained an average of 4.6 pounds of lean (fat-free) muscle mass. There was no significant changes in cholesterol, insulin level, blood sugar, and various other nutrients in the body. The side effects they complained were reported as fluid retention, joint pain, carpal tunnel syndrome, and breast enlargement.
A newer research was conducted in California, this time the subjects were specifically athletes. The subject profile was like this: 85% male with average age of 27. Just like in the previous research, the subjects were split into two: one group received the HGH treatment for average of 20 days and another group only received placebo for the same duration.
The result was consistent with the previous research. The athletes who received HGH recorded increase in their body mass by 4.6 pounds in average – quite a significant number, therefore proves the effectiveness of HGH in gaining lean body mass and losing fat, though the safety remains controversial.
However, the pros can argue that the side effects are not much harmful compared to the benefits. Another argument to support this is that the side effects only appear in men and women in senior age, and only when they take higher dose of HGH. In fact, another research by Ghiron L.J, etc all, conducted to 16 healthy elderly women with average age of 72, shows that low dosage of HGH injection may increase bone mass.
Even if research with positive results about HGH exists, the oppositions claim that the conclusion made by the pros – that HGH is effective and safe – is not yet proven because the limited numbers of test subjects.

Research about HGH doesn’t always give positive result. Some research even goes as far as to conclude that HGH is not recommended to be used as treatment for anti-aging. Literature review from Weber, M.M. said in its conclusion that based on the previous research, HGH injection or consumption doesn’t have any effect on muscle volume, strength, or fibre composition in healthy young individuals (the ones without HGH deficiency problem). Even if there is any, the effect is not significant and not worth it.
The side effect of HGH is problematic as well. Since IGF-1, which is released by the liver after HGH is secreted, is responsible in cells growth, scientists have underlying worry that it may promotes cancer. Indeed, medical data shows that there is a correlation between HGH or IGF-1 level and cancer risk, particularly colorectal cancer. However, risk of other cancers is unproven.
Furthermore, Andrzej Bartke stated in his research that the natural decline of HGH level as one ages may actually offers protection from cancer and other anti-aging disease, therefore promoting longevity and better quality of life in the senior age. Unnatural injection of HGH may remove this protection instead.
The status of research that yields negative result for HGH administration toward one’s body is the same with the ones with positive result: the size of the research is too small and the subjects too limited for us to draw a conclusion that can apply for the whole population. Just like the HGH supporter, the HGH opposition still has a lot to catch up on research to prove that HGH is neither safe nor ineffective.
Conclusion?
The debate between those who believe in HGH and those who don’t is still ongoing, even until today. The debate is mainly over two things: whether HGH is safe and whether it is effective. Both have scientific evidences, but not large nor big enough to draw a conclusion. However, both sides have pretty stable argument and evidence, though only in small scale.
As a consumer, all you can do is to keep your eyes on the news about HGH. New evidence is found every year, and as the necessity to improve our quality of life through technology increase, the answer bounds to appear soon.
If you decide to believe in the HGH, along with a number of scientists and medical practitioners who do and already proven so with their research, make sure that you only consume high-quality HGH from trusted manufacturers with good reputations. High-quality HGH will reduce the risk of it being unsafe and ineffective. Be a smart consumer and only choose the best amongst the available products. 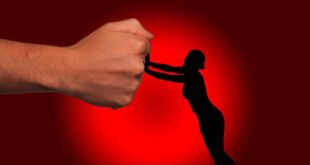