The State of Marijuana Laws in USA

Not only Trump was elected president last week, marijuana was elected legal as well! Okay, maybe not on a federal level, but eight states voted YES on legalizing marijuana for either adult-recreational or medicinal use. Now the majority of states recognizes the medicinal abilities of the cannabis sativa plant. Hopefully the government will see they have to seriously start thinking about federal laws because the current situation can be somewhat confusing. As different states have different laws on all kinds of levels we at ILGM tried to bring some overview to the people. Below you can see the state by state marijuana laws in overview.
Happy growing! 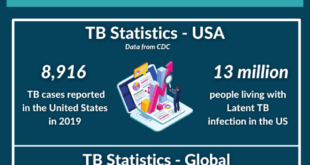 What is Tuberculosis and its Symptoms

Tuberculosis is also commonly known as TB. TB is caused by a bacterium called Mycobacterium …