The Rise of Ridesharing in Europe

Ridesharing has taken the world by a storm. Nobody knew what started off as a usual smartphone app back in 2006 will become the fastest tech startup to billion dollar club. Although, Ridesharing apps started in Europe but on-demand ridesharing as we know it today, got popular in the US where it was reinvented by companies like Uber and Lyft. It wasn’t long before the new idea of real-time ridesharing crossed the Atlantic back into the Europe.
Today, Ridesharing apps are ushering in every country whereas the pioneer of this trend, Uber is operating in more than 68 countries around the world. Now, the end customer may appreciate the convenience offered by these apps but a lot of hue and cry has been raised by the angry taxi drivers, who are going out of business as a result of these apps. Resultantly, more strict legal actions are undertaken particularly in the European countriesto regulate the uninterrupted growth of ridesharing.
The following infographic visually explains the growth of ridesharing in Europe: 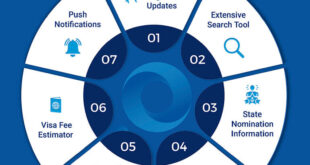