It promises to be a nervous couple of weeks for the fans of some NBA teams. The free agency officially starts on the 20th November, and some of the leading teams in the Eastern and Western Conference could be set to lose crucial members of their rosters.

Nonetheless, there could be some huge changes during this period that could have an impact on the teams challenging for playoff positions next season. 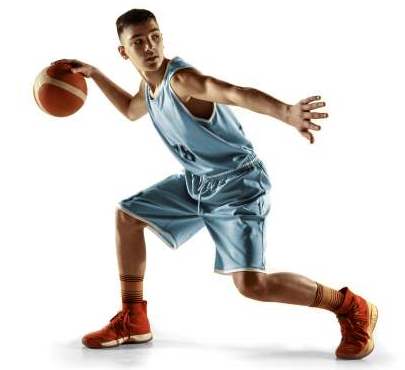 Will VanVleet Re-Sign With Raptors?

The biggest question of the free agency this year hinges on whether Fred VanVleet will be tempted to leave the Toronto Raptors. VanVleet has reiterated throughout the season that he would prefer to stay with the Raptors, but he has stopped just short on closing the door on leaving the 2019 NBA champions altogether.

That means that there could be a tense couple of weeks for the Raptors, as they can’t afford to lose a player that was pivotal to their success last season if they are to win a second franchise championship.

Last season was VanVleet’s best to date, as he averaged 17.6 points per game during the regular season. He also contributed 6.6 assists and a success rate of .390 from beyond the arc.

It was the post-season when VanVleet came alive, as he was the standout star for the Raptors as he averaged 19.6 points per game in the eleven post-season games that the Raptors played.

Replacing the 26-year-old will be a huge challenge for the Raptors, which means that tying him down to a new long-term deal could be huge. We still expect VanVleet to stay with the Raptors, but it could be a nervy couple of weeks for fans.

Joe Harris To Stay With The Nets?

Joe Harris is another one of the big players that could be tempted by a move away from the team that he is currently at. However, a move for Harris looks more unlikely than the chances of VanVleet moving from the Raptors. The Brooklyn Nets have already revealed that the big target for them during the off-season is tying down Harris, which seems it will be unlikely that he will be leaving the franchise. Harris has been an integral part of the Nets team since arriving in 2016 from the Cleveland Cavaliers.

If the Nets are thinking about another run in the playoffs, then they must keep Harris.

Who Will Take A Chance On Wood?

Christian Wood will be one of the most interesting players available in the free agency this season, and it does beg the question, which franchise will be willing to take the chance on the 25-year-old? There is no doubt about Wood’s ability on the court, and aged just 25, he is one of the players that would be perfectly suited to a team that is in the midst of a rebuild.

However, there are still questions regarding his temperament and whether he will be able to reach his potential in the NBA. Up until last season, he hadn’t played more than 17 games in one season in the NBA, but he proved doubters’ wrong last season.

Wood played 62 games and averaged 13.1 points per game. His success rate from the field was a brilliant .567, and there could be a number of franchises interested. The Detroit Pistons may yet look to re-sign Wood, but the Houston Rockets could also be interested.

Here you have some of our picks for the future of some of the best free agents in NBA. If you want to find some more NBA daily picks click here to find out more: https://extra.betamerica.com/nba/nba-free-picks-expert-predictions/