Ever since the launch of the Twitter Ad platform Twitter has announced more and more ways to start advertising towards potential customers. It all started with Promoted Tweets in 2010 but slowly increased to over ten different ways to reach existing and new audiences.
With the increase of ways to advertise on Twitter it is now possible for both existing and new businesses to launch different types of advertising campaigns on Twitter. Due to the broad range of interests from the hundreds of millions of Twitter-users businesses can reach whoever they went – when they want.
This infographic shows the timeline of the history of Twitter Ads and gives an overview of the new ways to advertise on the social network. From sending out promoted tweets to creating app-download cards. Step by step Twitter is becoming one of the leading advertising platforms.
The image, created by http://blog4leads.nl, starts with a graph of the yearly revenue that Twitter has earned from their advertising platform. Starting with already tens of millions in 2010 the social network has increased their revenue to over $1 billion in 2014. Experts say they will further increase their revenue to a whopping $2 billion or more in 2015. 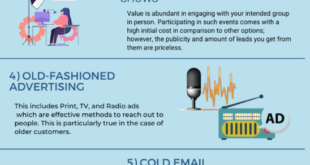