A Simple Guide To Types of Scaffolding

Scaffolding is nothing but a provisional structure to provide appropriate support to the original structure as well as it also provides a platform so that the workers can work with complete safety.

In this kind of scaffolding, the working platform is supported on movable ladders or tripods.

This scaffolding is easy to assemble as well as to dismantle. Steel tubes are used to make steel scaffolding and these tubes are set jointly with steel accessories, fittings and couplers.

This is the similar type of steel scaffolding however patented scaffolding is fitted with special couplings and frames.

This kind of scaffolding is generally used for painting and repair works. With the help of chains and wires, the working platform is suspended from the roofs. A worker can lower it or lift it as per the requirements.

The standards are supported by a chain of needles in cantilever scaffolding. After that, the needles are pulled out via holes in the wall.

The name says all. This kind of scaffolding is used for brickwork. So this is called a brick layer scaffolding as well.

This type of scaffolding is the most appropriate one as it’s easy to assemble and erect. The hard wearing galvanised steel is used to manufacture the Kwikstage system. 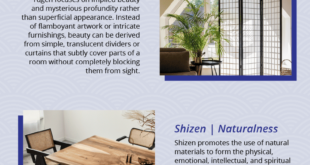 An old Japanese idea with roots in Zen philosophy is wabi-sabi. “”Wabi”” is a Japanese …