Wall of War is a project by that aims to catalog and visualize the entries found in the Wikileaks Iraq and Afghan War logs. The piece—10 feet tall and 85 feet long—translate each of the roughly 463,000 events into a one half inch by one half inch cell containing the category, specific type of event, location, and information on casualties incurred.
The massive size of the piece is an attempt to adequately reflect the massive scope of the war (and war in general) and its human cost and impact. Wall of War will be exhibited in Richmond, Virginia in December 2014, and possibly elsewhere after. This data visualization is being made by Dylan Halpern with the help of Professor Lauren Thorson of VCU. 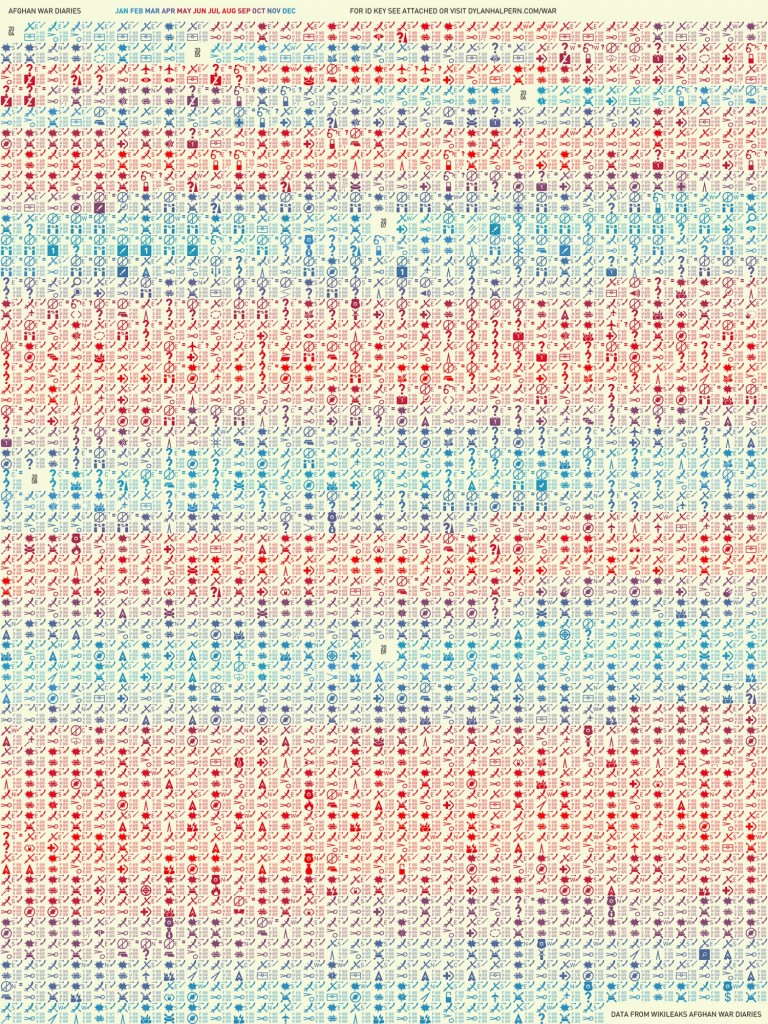