What is Inside a Classic Transistor Radio?

The adoption of the transistor by audio equipment manufacturers in the middle of the 20th century revolutionised how people listened to music. Just as post-war youth culture was beginning to make its rebellious voice heard, transistor radios let young people take their music with them onto the streets and into the public eye.
The transistor – a kind of semiconductor – is used for amplifying or switching electrical current. These actions are essential for the amplification of sound. Previous to the introduction of transistor radios, sound amplification could only be achieved with fragile and expensive valve tubes: not the most portable components. Transistors allowed radio designers to miniaturise, toughen and increase the efficiency of their products.
Some of these new miniaturised transistor radios became instant classics. Models like the Sony TR-63 became synonymous with a new generation of young people wanting to express themselves and mould their world around them far more than their parents.
What exactly is inside one of these revolutionary devices? Let’s take a look at some of the components that made classic transistor radios work. 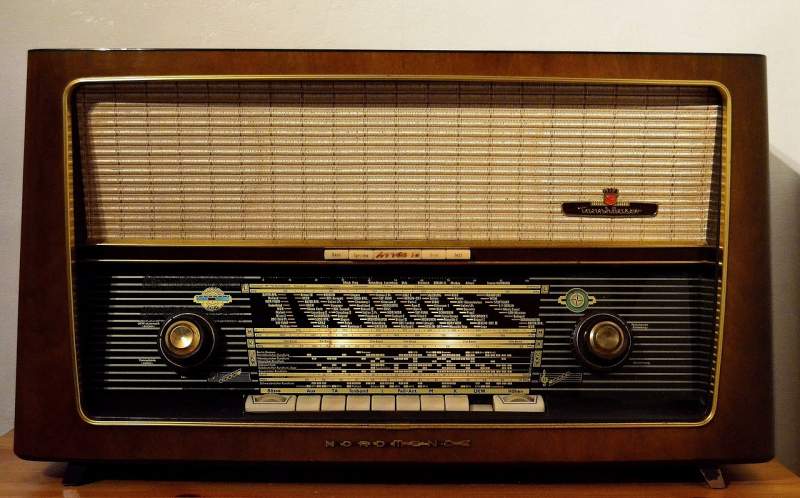 Transistors
What would a transistor radio be without the transistors? Classic portable radios like the TR-63 used 4-6 transistors to amplify and switch power. These little components completely changed electronics, allowing for the miniaturisation of all sorts of devices. If you are repairing a classic radio, you might find yourself on a bit of an obsolete electronic parts search: original transistors for 1950’s sets are quite hard to find.
The Tuner
All radio broadcasts are transmitted at a predetermined frequency. This is primarily a space-saving measure that was introduced to make radio practical. It enables multiple stations to broadcast at the same time without crowding out the radio spectrum. It also allows people to pick out an individual frequency that they would like to listen to. This is achieved with a tuner. The tuner is a device that allows a user to change the frequency at which it resonates. It only resonates and amplifies one frequency at a time, allowing you to switch between stations.
The Speaker
The paper speakers in early portable radios were not exactly great sounding, but they did the job. These early speakers were cheap and cheerful and allowed music to remain a social and group-orientated art form for young people.
Headphone Input
Listening to the radio portably and privately? You’ll be needing headphones for that. Most mid-century portable radios had an input for 3.5 mm jack headphones. Unlike today’s standardised input designs, mid-century inputs came in all shapes and sizes. The TR-63 has an interesting input consisting of several overlapping strips of metal. It looks flimsy but was simple and very easy for a person to bend back into shape if they were getting a bad connection. Interestingly, most inputs also act as switches: breaking the speaker out of the circuit when headphones are inserted. This stopped the radio from being played from both the speaker and the headphones at the same time.

Tags Classic Transistor Radio inside What