The Brexit Impact on the GBP and UK Industries

By now, pretty much everyone has heard of and thought about Brexit. The UK is set to formally leave the European Union (EU) in October, and there will certainly be some serious changes to the British economy.
‘Brexit’ refers to the UK’s decision to leave the EU. The ‘British exit’ of the EU was passed by a referendum which saw voters from across the UK come out to vote on their country’s future. The referendum produced exceptionally close results, with a close majority of 51.9% of voters opting to vote their way out of the EU.

Sudden changes have caused sudden fluctuations in exchange rates throughout the Brexit process. The British Pound (GBP), the Euro (EUR) and the USD have been placed at the mercy of political developments in London and Brussels.
To address these issues, international money transfer comparison site MoneyTransfers dot com has developed an infographic defining the major events of Brexit and the impact they have had on the pound.
We found an overall down-trend for GBP/USD & GBP/EUR throughout the Brexit events. However, we’ve provided the trend to showcase that other events have impacted the price as well.
When it comes to the broader economy, most industries will be affected in some way. Of course, several industries will be hit disproportionately hard, for several reasons. EU regulations have played a massive roll in the British economy for decades, and the entire landscape is about to change.
When it comes to the most vulnerable industries, these six are expected to get hit especially hard:
These industries rely heavily on the old status quo and have a painful adjustment period ahead of them. Before we can paint a conclusive picture of the exact effects Brexit will have, we will have to see how Brexit evolves going forward. For example, in the event of a “no-deal” Brexit, UK-based automakers with large markets in the EU could face new levies as high as 10%.

Ultimately, Brexit will aggravate the pain the Pound has been facing. Brexit isn’t here yet, but the damage has already started to be felt. Once the British exit of the EU is formalized, the reality of Brexit will kick in as regulations change. If anything is completely certain, it’s the fact that the Pound will continue to shed its value against other global currencies. This fact alone has massive implications for the UK going forward. While much remains to be seen, we now have a clearer understanding of the economic effects of a British exit, no-deal or otherwise. 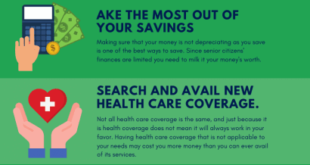