Drinking and Driving- Impacts and Alternatives

Around the world, drinking while driving is a common issue among many societies. Keeping the roadways safe, and free of accidents is the number one objective focused on among many policing and government authorities. It requires strict enforcement of drinking and driving laws, and citizens who are willing to abide by these laws to keep streets safe. Keeping our roadways safe is a practice area that we all must abide by, and it takes the combined efforts of both responsible citizens and government systems to keep our infrastructures safe.
It is acceptable to enjoy an alcoholic beverage, or two while out with colleagues, friends, or significant others. However, it requires the responsibility of all members within the party to monitor the amount of beverages consumed while enjoying the company of others. Many individuals may experience that they have consumed over their limits, but tend to believe they are in a capable state of operating a vehicle to travel home. Unfortunately, this occurs much too often and can lead to much more serious consequences.
Let’s take a look at some information about drink driving within the Melbourne region of Australia.
Impacts
Drinking and driving, as discussed above, can have serious implications on a driver as well as those motoring alongside drivers. There are a few ways that these impacts can be discovered:
Perception- A driver’s ability to perceive the nearness and closeness of objects becomes more difficult as more alcohol is consumed. On the roadways, drivers under the influence of too much alcohol may be unable to determine the nearness of roadway objects, pedestrians, or other vehicles.
Vision and Concentration- Alcohol significantly affects a person’s vision and ability to focus on one thing at a time. Blurry vision can lead to a dangerous situation when paired with driving capabilities on roadways.
Reaction Time- Alcohol slows the body’s ability to react in a normal, quick fashion. Since it is considered a depressant, alcohol decreases a person’s ability to react to other cars on the roadway, or even traffic signals and pedestrians.
Drowsiness- A large portion of individuals consume alcohol to kick back and relax. As a result, an over consumption of alcohol can make the body easily become fatigued and drowsy when a large amount is consumed.
Alternatives
There are plenty of alternatives that individuals can take note of when evaluating whether or not they should drive home. Remember, if you have had more than two drinks while out, most likely you are over the legal limit.
Buddy System- If you are enjoying a night out with friends, designate one member of the party as the designated driver. Monitor them, and make sure they do not consume any alcohol. This will ensure a safe ride home, and will not cost the friends of the party any money.
Call a relative- Perhaps you have a sibling or parent nearby who has not consumed any alcohol. Consider giving them a ring and ask them to pick you up if you have any questions about your ability to drive.
Call a Cab- If either of the two options are not able to be considered, call a taxi company. It’s the most practical way to get home, and keeps you and your party safe from any potential dangers.
Learn More
To learn more about drink driving in Australia, be sure to check out this interactive guide that includes drink driving statistics. The guide also allows users to map their routes within the Melbourne region, and pinpoint some of the common areas that have experienced drink driving accidents over the past several years. 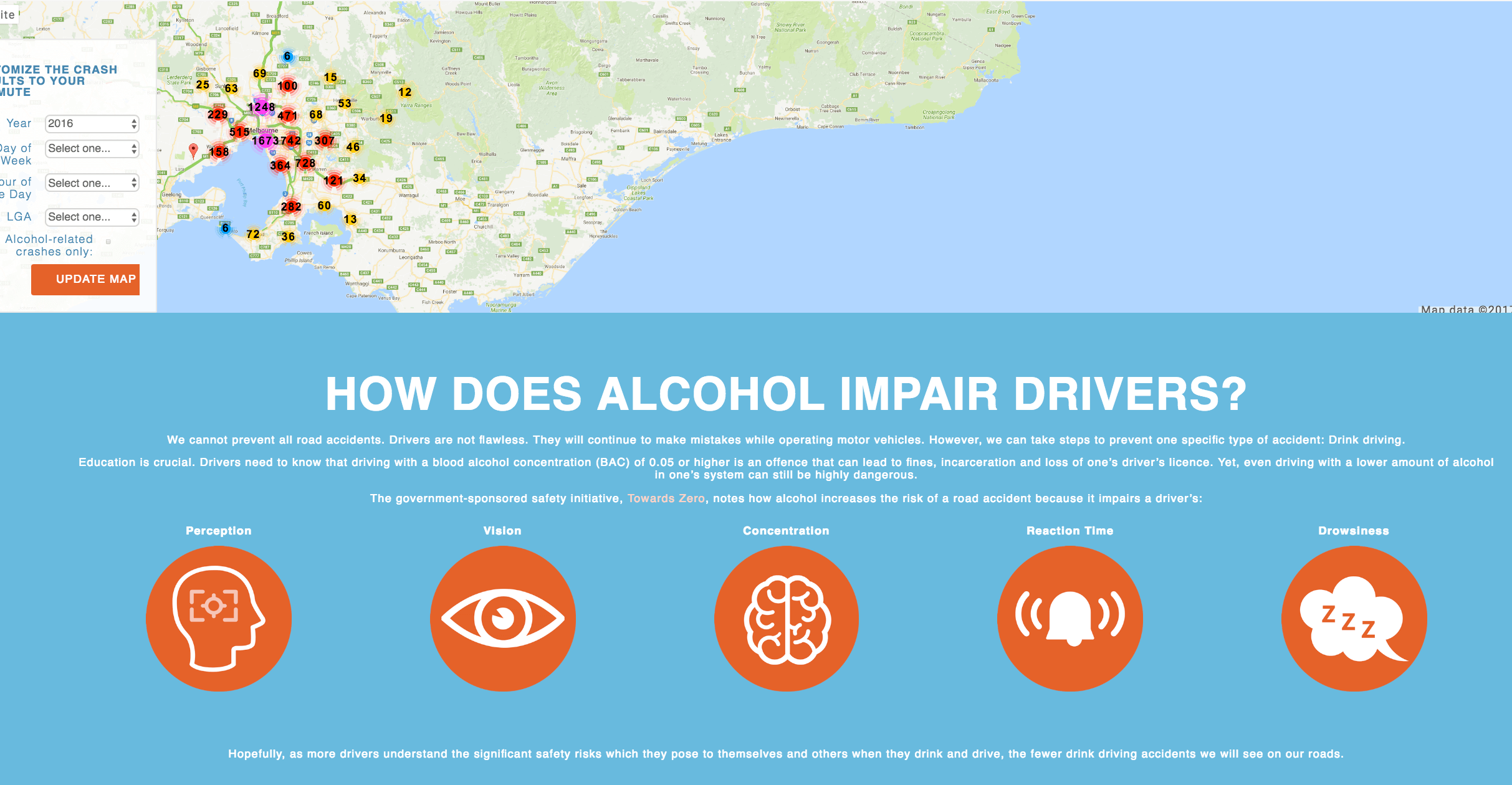