With the Philippines still being tagged as the “Social Media Capital of the world” , it’s no surprise why politicians are gearing up and taking social media by storm especially now that the 2016 elections is right around the corner.
According to Vulcan Post, an average of 53 hours a week is the time Filipinos spend on the internet and among the wide array of social media channels out there, Facebook and Twitter remains to be the most visited social networking sites by Filipinos.
Just recently, a debate was held in Cagayan de Oro where the Top 5 candidates vying for the position of Presidency participated, namely Senator Miriam Defensor-Santiago, Davao City Mayor Rodrigo Duterte, former DILG secretary Mar Roxas, Senator Grace Poe, and Vice President Jejomar Binay. The official hashtag for the event, #PiliPinasDebates2016, topped the trending spots on Twitter with over 1.3 million tweets generated. In Facebook, majority of the people talking about the debate were women (58%) and are between 18-24 years old (41%). 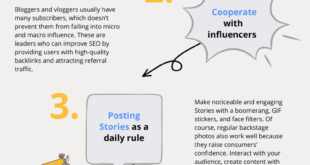