Drug addiction is a chronic disease that manifests itself in an irresistible desire to use drugs, despite the negative socio-medical consequences. According to current research, addiction is a disease of the central nervous system: the biochemistry in the active centers (receptors) of the brain changes so that the need for drugs becomes biologically determined and very strong.
It is very challenging to fight it, especially it’s difficult for LGBTQ+ people.
According to the National Center for Biotechnology Information (NCBI) study, transgender men and women are more than twice likely to have a diagnosis of a mental illness or co-occurring disorder than cisgender men or women. AddictionResource created an infographic, describing the factors among LGBTQ+ members that lead to substance abuse. These are: internalized homophobia, non-acceptance, prejudice and discrimination, lack of family support, minority stress, etc. 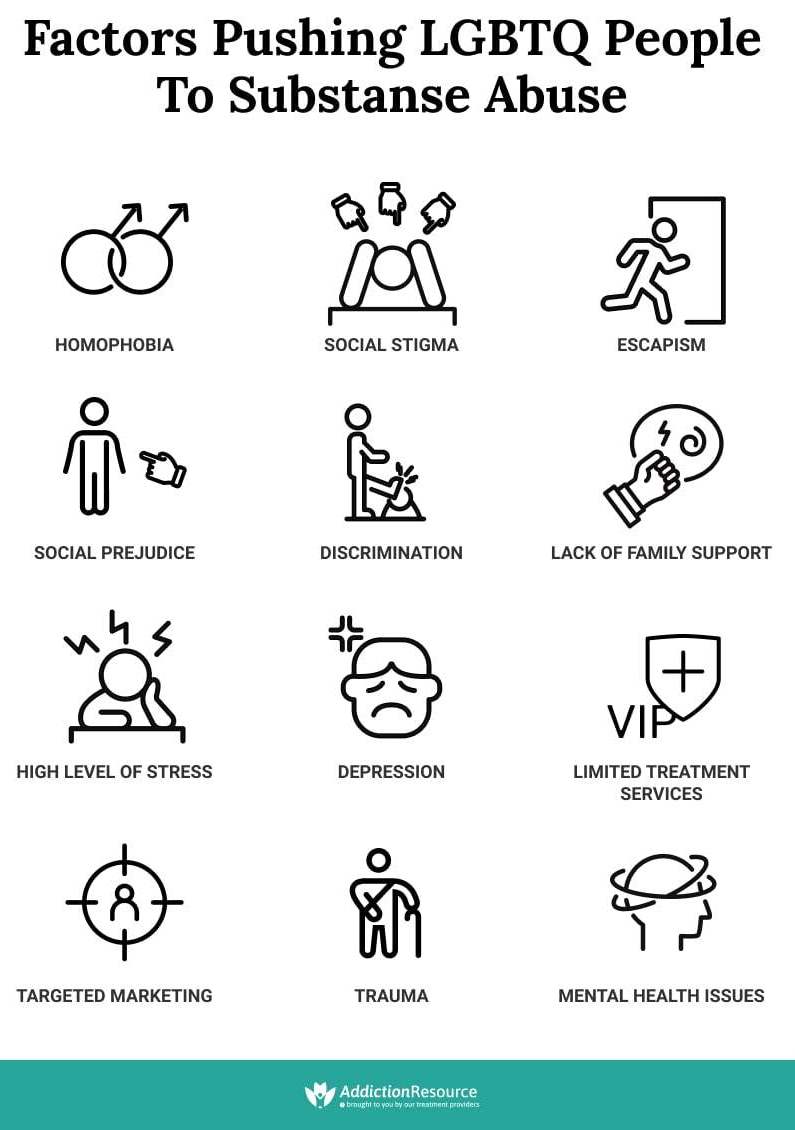