What’s happening with Brexit and the economy?

With Brexit being well over a year ago, it’s clear that the decision to leave the European Union has had some effect on the UK’s economy. Growth has slowed and remains lower than the Euro zone, and sterling still hasn’t fully recovered. With that in mind, we thought we would look at some major metrics that indicate how well the UK’s economy is really doing. 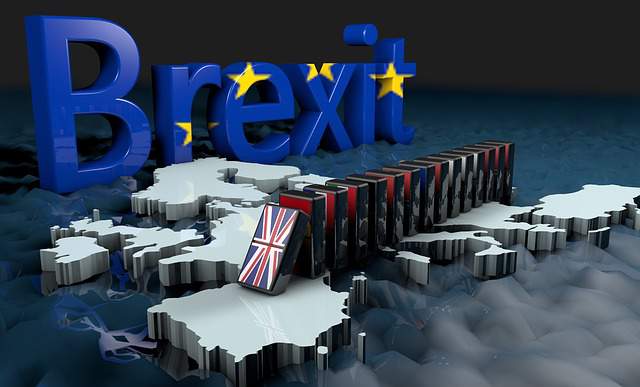 House prices are still booming
During 2017, house prices increased much higher than originally anticipated, with the estate agent Yopa originally predicting a 1.2% rise in average house prices over 2017. This figure was reached as a result of collating and averaging multiple expert predictions.
As it turned out, house prices dipped at the beginning of 2017, leading some to believe that the prediction had overestimated the way the housing market was going, but this quickly corrected over the spring and summer to provide a much more optimistic picture. Although there was a lull in the autumn and winter months, the total surge in house prices for 2017 was 4.8%.
This means that the average house price went from £215,670 to £226,007, a difference of more than £10,000.
Ultimately, this reflects growing consumer confidence in the housing market, although it also reflects housing scarcity and the runaway house prices in London and the South East.
This means that the threat of Brexit hasn’t dampened the appetite for housing in the UK, and it’s clear that banks are still lending. Whether this continues to happen in the future is another matter, and it’s possible that interest rates will likely rise over the next few years.
Stock market woes heading into March
As February begins to take its toll on the stock market, it’s clear that the FTSE100 share index is suffering somewhat of a downturn at the moment. This isn’t primarily due to Brexit, however – instead, the main influencing factor is the overall global economy. But what exactly does this mean?
A booming global economy means interest rates will rise, which in turn means that access to cheap credit is going to decrease. Essentially, firms are worth less because they won’t be able to expand as quickly without access to cheap credit, and instead they will have to make bigger payments on interest on loans and bonds.
Most UK-based shares have been spooked as a result of exposure to American markets, and with the Federal Reserve (the US equivalent to our Bank of England) threatening at least three interest rate rises this year, only the banks are coming out well from this.
What about currency?
Currency has had the most mixed results from Brexit, with the pound going from being worth $1.50 down to $1.20 and then gradually crawling back up to $1.40. At the moment, it’s just under $1.40, which is primarily the result of strengthening economic conditions in the UK.
However, it still hasn’t fully regained its value because the Eurozone and the United States are both performing well economically, with GDP growth hitting 0.6% for the Eurozone compared to 0.4% for the UK during both the third and fourth quarters of 2017.
So what about Brexit?
Much of the talk about Brexit’s impact on the economy is, at the moment at least, entirely speculative, and although house prices are looking strong at the moment, it’s definitely worth keeping an eye on this often overlook economic barometer.