There are several ways to converse without using words. In several areas around the world, particularly those remote locations, whistles, clicks and drums are more effective in communicating among tribes and over great distances. Several click languages are spoken in different communities or tribes in Africa belonging to the Bantu and Cushitic groups. Whistles are used in the La Gomera Island in the Canaries, in Oaxaca, Mexico, San Pedro Sochiapam in Southern Central Mexico, in the Greek island of Evia and selected locations in Oceania, Africa, Europe, Asia and the Americas.
From the special infographic we have created, you will learn about some of the whistled languages, such as Silbo Gomero, Sfyria, Chinantec, Mazateco and the unnamed bird language used by shepherds of Kuşköy, a village located in the mountains of Northern Turkey. In Africa, the click languages Khoisan and Xhosa are the most popular. The Kale people in the Congo use drums for communication, which can be repeated by users to relay a message over long distances. 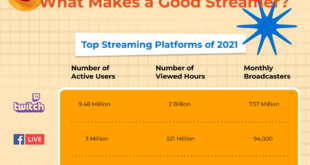 What Makes a Good Streamer